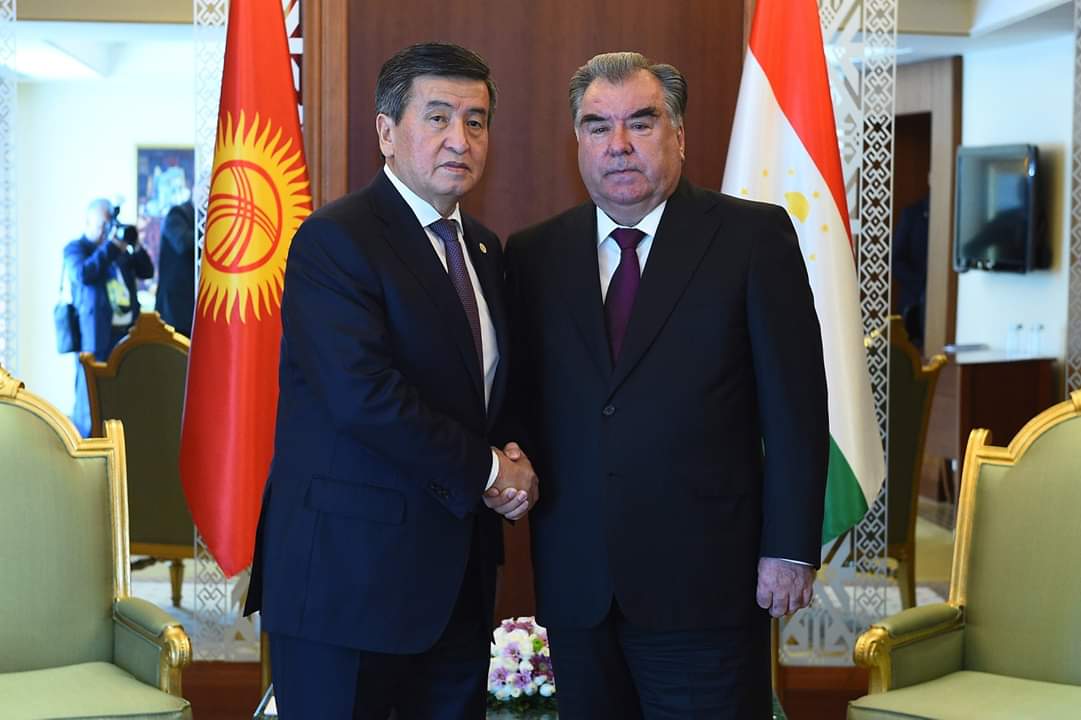 Meeting with the President of the Kyrgyz Republic Sooronbay Jeenbekov

The Founder of Peace and National Unity, Leader of the Nation, President of the Republic of Tajikistan Emomali Rahmon had a meeting with the President of the Kyrgyz Republic Sooronbay Jeenbekov on the sideline of the Council of CIS Heads of State in Ashgabat.

The discussion concerned important current aspects of bilateral relations, as well as implementation of previous reached agreements and other issues.

Tajikistan and Kyrgyzstan have common borders, and the two sides exchanged views on the soonest solution to the border issues.

President Emomali Rahmon underlined that “Tajikistan relies on traditions of friendship and neighborliness and supports development of mutually beneficial cooperation with Kyrgyzstan.»

The officials expressed confidence that today’s meeting will give a solid impetus toward reaching a solution to the delimitation of the state border. The sides proposed signing the negotiated draft of “State Border Agreement between Tajikistan and Kyrgyzstan,» and strengthen the legal basis of the joint commission’s activities.

Other important issues of mutual interest were also touched upon. 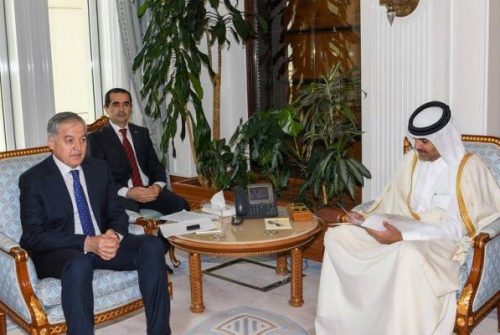 Meeting of the Foreign Minister with the Prime Minister of Qatar 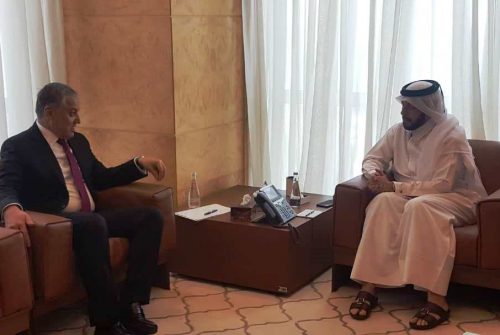 Meetings with the heads of financial and investment companies of Qatar

Copyright © 2020 Embassy of the Republic of Tajikistan in the State of Qatar Developed by: GET.TJ