On May 30, the Founder of Peace and National Unity — Leader of the Nation, President of the Republic of Tajikistan Emomali Rahmon in the framework of his official visit to the Islamic Republic of Iran met with the Speaker of the Islamic Consultative Council Mohammad Baqer Qalibaf.

The issues of bilateral cooperation between Tajikistan and Iran have been considered at the meeting.

The President of the country Emomali Rahmon emphasized that we consider it useful to continue the high-level political dialogue between Tajikistan and Iran to address the issues of the agenda and strengthen multifaceted cooperation.

During the meeting the issues of enhancing cooperation in the field of foreign policy, boosting inter-parliamentary ties and creating a legal framework for the expansion of relations between the two countries in various areas have been discussed.

The sides also discussed issues of expansion of cooperation in trade and economic spheres, and the attraction of investments.

The interlocutors expressed satisfaction with the level of cooperation between the two countries in various cultural and humanitarian spheres. It was stressed that the friendly and brotherly peoples of the two countries are united by high cultural, historical and civilizational values.

During the discussion of security issues, the sides touched upon the issues of ensuring peace and stability in a wide area of Asia, including Afghanistan. 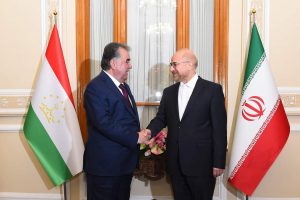 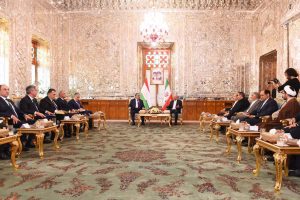 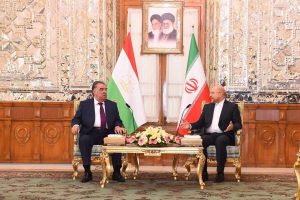