On October 18, in Dushanbe, the Founder of Peace and National Unity — Leader of the Nation, President of the Republic of Tajikistan, Honorable Emomali Rahmon, on the sidelines of the High-Level International Conference on “International and Regional Border Security and Management Cooperation to Counter Terrorism and Prevent the Movement of Terrorists» received the Special Envoy of the Foreign Minister of the State of Qatar for Counterterrorism and Mediation of Conflict Resolution Mutlaq bin Majed Al Qahtani.

At the meeting, a wide range of cooperation issues between Tajikistan and the State of Qatar were discussed.

President of the country Emomali Rahmon expressed satisfaction with the level of cooperation between Tajikistan and the State of Qatar, which has achieved a stable process.

During the meeting, the parties discussed the current state and prospects of cooperation between the two countries in the political, economic, commercial, investment, social and cultural spheres.

There was an exchange of views on the effective cooperation of countries within international and regional organizations, including the United Nations and its institutions, the Organization of Islamic Cooperation, the Asian Cooperation Dialogue, the Islamic World Educational, Scientific and Cultural Organization.

During the discussion of security issues in the region and the world and the situation in the neighboring country of Afghanistan, the parties expressed their readiness to cooperate in strengthening the fight against the threats of terrorism, extremism, illegal trafficking of weapons and drugs, cybercrime and transnational organized crime.

Other issues of interest were also discussed at the meeting. 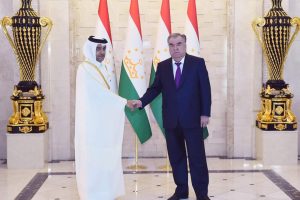 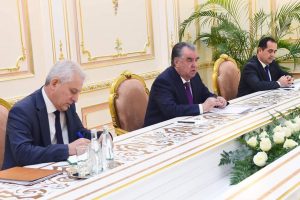 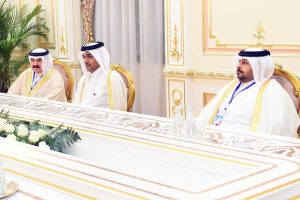